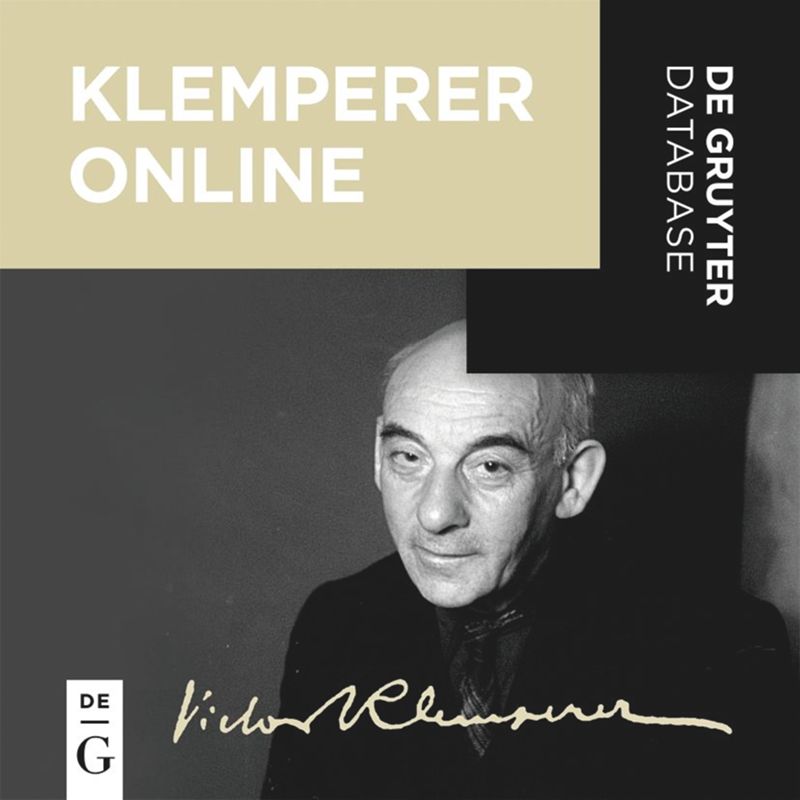 For the first time, the database makes available the complete and unabridged diaries of Victor Klemperer, which are among the most important sources of 20th-century German history. The texts feature an extensive commentary and contain over a third more material than the print edition.

In addition to an edited transcript, the database provides a facsimile of each handwritten diary entry. An intuitive tab structure allows for easy navigation between the transcript and the handwritten originals.

The complete edition of the diaries offers an even more comprehensive and detailed picture of the decades documented by Klemperer.

Exclusive and unabridged in the database

On Victor Klemperer and his diaries

Klemperer, who primarily identified as “German,” was the son of a reform rabbi and converted to Protestantism in 1912. For the Nazis, however, he remained a Jew and was persecuted as such. His careful observations and analyses from the Weimar Republic, the National Socialist era, and the German Democratic Republic illuminate what it meant to live under these three regimes.

The database covers the entire four-decade period (from 1918 to 1959) in which Klemperer kept his diaries.

The early diaries from the Weimar Republic offer an insight into Klemperer’s life and career as a professor of Romance languages at the Technische Universität Dresden (TUD). As the Nazis rose to power, he adopted the role of a “cultural historian of the catastrophe,” documenting the ongoing withdrawal of rights from Jews. These observations are accompanied by a minute account of his day-to-day life under National Socialism. His post-1945 diaries testify to a desire for a radical new beginning – both for himself and for Germany. Though less well known than his other diaries and until now never published in full, these provide significant insights into the divided post-war Germany and early East Germany, as well as Klemperer’s engagement with Communism and Zionism.

© 2019 Walter de Gruyter GmbH, Berlin / Boston. All rights to the original texts © Aufbau Verlag GmbH & Co. KG, Berlin. Use of the electronic copies of the original diaries, courtesy of the SLUB Dresden.

An editor´s choice of interesting, historically relevant articles are listed below. They are available for free.

(Deutsch)
To gain access
Please authenticate, if your institution has a subscription.
To subscribe
Contact our sales team.
Edited by: Walter Nowojski, Christian Löser
https://doi.org/10.1515/klemp
Included in