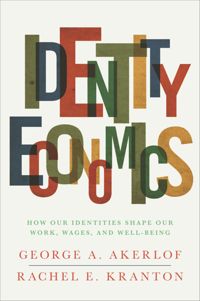 How Our Identities Shape Our Work, Wages, and Well-Being