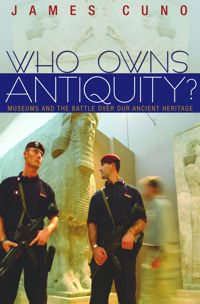 Museums and the Battle over Our Ancient Heritage