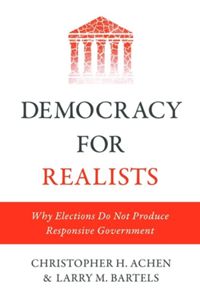 Why Elections Do Not Produce Responsive Government