Reviewer recognition and new plans for 2017

When we look back at 2016 it has been – again – a very good year for optics and photonics. Major companies such as the German Carl Zeiss or Trumpf groups reported best-ever financial results. When Coherent Inc. took over Rofin Sinar, a new giant for industrial photonics was born. And not only scientists were excited when the newspaper reported on the first detection of gravitational waves using truly exceptional laser technology.

Our journal Advanced Optical Technologies (AOT) once more showed some solid development. We published a number of topical issues on highly interesting fields of applied optics:

Each issue featured at least one article with free access, what we call ‘Editor’s choice’. Among those article were highlights such as:

Once again, we would like to mention that all this depends on the great voluntary work of the authors and the reviewers. While the first can be judged upon by their articles, the latter work in the background. Nevertheless, peer review is a cornerstone of the scientific process! Almost 90% of the submitted articles go into a revision process, and there helpful and inspiring feedback of the reviewers leads to an improved article.

In 2014 began to recognize our peer reviewers with a public acknowledgment and I am happy to make this a tradition. The following is a list of all the reviewers’ names:

If we look at the journal statistics this also provides us with good news. The average processing time for a paper from submission to first decision in AOT was about 30 days. Letters were processed faster, review articles a bit slower. The average time reviewers needed for their work was 12 days, a record in all 6 years of AOT. Nine percent of all papers were rejected, a fact that is strongly influenced by the careful work of our guest editors.

It cannot be said often enough: All the reviewers deserve our cordial gratitude, as there would be no journal without their voluntary service. The work of the reviewers and the feedback from the community is a constant impetus for the editorial team to keep thinking how we can improve the service and finally, about how we can make this journal an even more valuable resource for the optics community.

New board members and plans for 2017

First, we are pleased to officially welcome several new board members, who joined in January 2017:

Both have supported the journal as guest editors already. We are looking forward to working with them on further improvements of the journal! We would also like to turn your attention to the topics AOT will focus on in the new year. At the moment two topical issues are in preparation:

One more issue is planned together with the team from the Frontiers in Optical Coating FOC conference in China. It will take place from 22 to 26 October 2017 in Guangzhou. We offer participants of the conference the opportunity to publish papers related to their presentations in AOT issue 5/2017.

It should be mentioned that our topical issues are open for submissions to their specific direction as well as for other papers which will be published in a separate section in each issue. Furthermore, we have developed the format of Views papers, where people from the academic community as well as from industry can publish essential information that might not directly match the criteria of scientific publications. Those are market reviews, interviews or even individual views on the development of topics relevant to the optics community.

After all, it is a challenge and a great pleasure to develop this publication platform with the optics community in industry and academia. For further improvements we would appreciate all kinds of feedback, please do not hesitate to contact us. You may contact us via email, through our website www.degruyter.com/aot or in various social media.

We are looking forward to hearing from you! 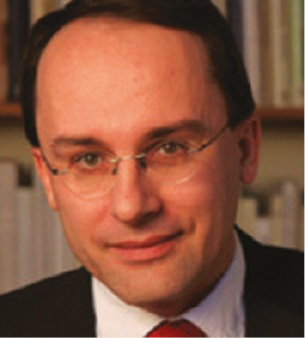 Andreas Thoss studied Physics and received his diploma and PhD degrees from the Free University Berlin in 1995 and 2003, respectively. For both degrees, he did research at the Max-Born-Institute Berlin on the field of ultrashort and ultra-intense laser pulses. From 1996 to 1999, he worked as a development engineer for medical laser systems with Aesculap-Meditec (now ZEISS Meditec) in Jena. In 2003, he joined the international publishing house, John Wiley & Sons. There, he gathered comprehensive experience as publisher, editor, and commissioning editor in the areas of book, journal, and online publishing. Among others, he cofounded the journals, Laser & Photonics Reviews (2007) and the Journal of Biophotonics (2008). Since its foundation in 2010, he has managed THOSS Media, where he cofounded Advanced Optical Technologies. 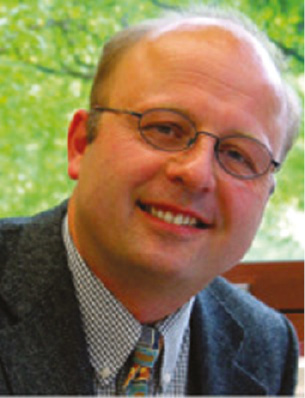 Michael Pfeffer graduated in 1998 from the Institute of Applied Optics at EPFL (Switzerland), obtaining his PhD for a thesis in the field of Optical Nanotechnology. In 2002, after several years of working in the Swiss optics industry, he was appointed Full Professor of Optics and Engineering in the Department of Physical Engineering of Hochschule Ravensburg-Weingarten, University of Applied Sciences (Germany). Dr. Pfeffer teaches and researches in the field of optics, physical instrument design and nanotechnology. Currently, he serves as Vice-Rector for Research and International Relations. In 2005, the General Membership Meeting elected him to the Executive Board and CEO for the DGaO Annual Meeting 2006. From 2008 to 2012 he served as President of the German Society of Applied Optics (DGaO). In 2012 he was elected as Secretary of the Board of the European Optical Society (EOS). Dr. Pfeffer is member of the German Physical Society (DPG), the German Society of Engineers (VDI), and the Standards Committee Precision Engineering and Optics of the German Institute of Standardization (DIN).