Berzelius and the Chemical Alphabet 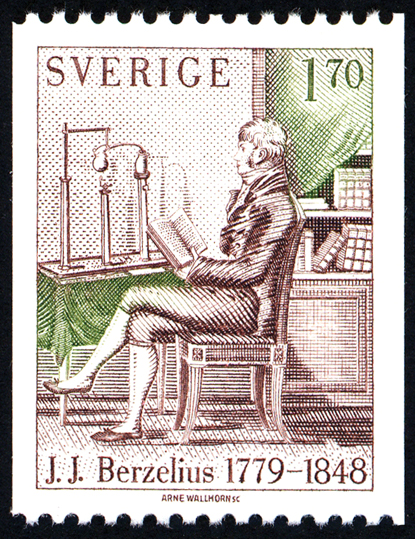 The Swedish chemist Jöns Jacob Berzelius (1779-1848) is often considered, together with Robert Boyle, Antoine Lavoisier, and John Dalton, as one of the forefathers of modern chemistry. Even though he may not have the same name recognition as his illustrious peers, Berzelius was certainly a gifted and accomplished scientist. He is usually credited with the discovery of at least three chemical elements, namely cerium, selenium, and thorium, and he also prepared the first relatively pure sample of amorphous silicon. He was an advocate for the classification of mineral ores based on their composition rather than their geological origin or external appearance. His careful analysis of more than 2000 compounds supported Proust’s law of definite proportions and Dalton’s atomic theory and led in 1818 to the publication of the most accurate table of atomic weights available at the time. A prolific writer, he published more than 250 original papers and several textbooks and corresponded extensively with the leading chemists in Europe at the time. He hosted Gmelin, Wöhler, and many other notable colleagues in his laboratory at the Royal Swedish Academy of Sciences, where he also served as permanent Secretary for the last three decades of his life. Interestingly, Berzelius developed fundamental concepts such as isomerism, allotropy, and catalysis, and he coined the terms “polymer” and “protein”, although his original definitions were markedly different from those in use today.

Berzelius was also a pioneer of chemical nomenclature and introduced the familiar one- and two-letter symbols for the chemical elements based on their Latin names (some of which he had to devise himself). In a seminal article published in the January 1814 issue of the British journal Annals of Philosophy, he persuasively explained, “The chemical signs ought to be letters, for the greater facility of writing, and not to disfigure a printed book.” He then proceeded to outline the main rules needed to generate such symbols, most of which are still in use more than 200 years later! 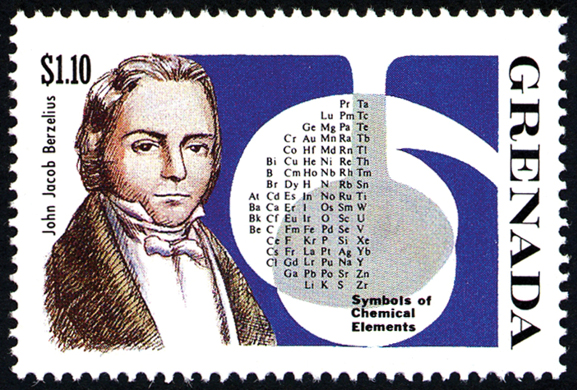 Incidentally, IUPAC is going to have a busy year in 2016: the temporary working names and the (infamous?) three-letter symbols of four transuranium elements, namely ununtrium (Uut), ununpentium (Uup), ununseptium (Uus), and ununoctium (Uuo), will soon be on their way to retirement, since the discovery of elements 113, 115, 117, and 118 has recently been confirmed. Their discoverers in Japan, Russia, and the United States will be invited in due course to propose permanent names and symbols for these fleeting elements, the suitability of which will be checked by the IUPAC Inorganic Chemistry Division and eventually approved by the Council, IUPAC’s highest governing body. The 7th row of the periodic table is finally about to be completed!

Article Berzelius and the Chemical Alphabet