After Dresden, Moscow, Ottawa, Foz do Iguaçu, and Durban, the International IUPAC Conference on Green Chemistry (ICGC) moved to Italy. ICGC-6 took place 4-8 September 2016 in Venezia, one of the most beautiful cities in the world, filled with history and culture, which welcomes more than 20 million visitors from all over the world each year. The Centro Culturale Candiani and the Teatro Toniolo of Venezia Mestre hosted the five-day scientific event. The conference belongs to a series developed by the IUPAC Subcommittee on Green Chemistry (a subcommittee of the Organic and Biomolecular Chemistry). Pietro Tundo, chair of the subcommittee, managed the event organization, together with the Organizing Committee, composed of Fabio Aricó, Lucio Ronchin, and Andrea Vavasori from Ca’ Foscari University of Venice, and the Secretary of the Conference, Emilia G. Pasta. 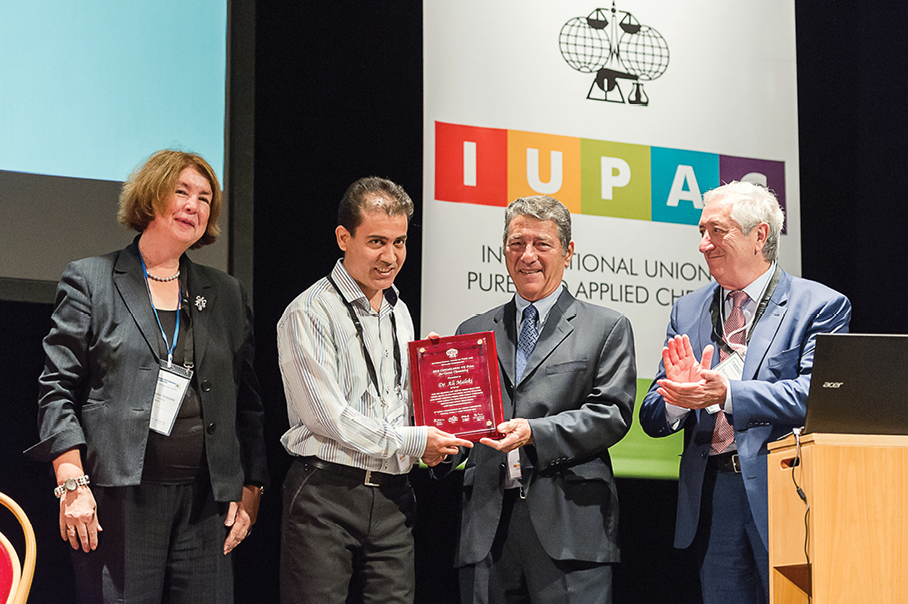 After these contributions, two awards were presented: CHEMRAWN Award for Green and Atmospheric Chemistry and the PhosAgro/UNESCO/IUPAC awards. The 2016 IUPAC-CHEMRAWN VII award for Green Chemistry was presented to Ali Maleki from the Iran University of Science and Technology. Next, J. Corish (University of Dublin, Ireland) presented the six awards of the 3rd edition of the PhosAgro/UNESCO/IUPAC “Green Chemistry for Life” to: A. Akhmetshina (Russia), I. Carrera (Uruguay), M. Ismail (Pakistan), E. Ravera (Italy), A. S. Elsayed Sayed (Egypt) and W.C. Wanyonyi (Kenya).

ICGC-6 success is in the numbers: 580 registrations from 76 countries, 400 active participants from more than 60 different countries, 4 daily parallel sessions, 6 plenary lectures, 20 keynote speeches, 2 symposia, 3 round tables, and about 250 original scientific reports. The detailed program listing plenary and keynote is available online. Selected lectures will be published in a special issue of the IUPAC journal Pure and Applied Chemistry. 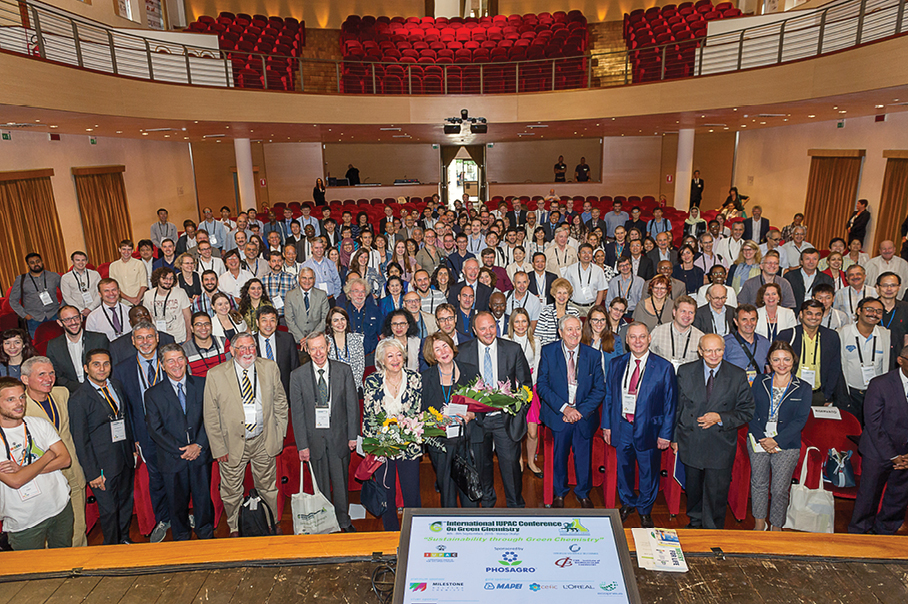 Two symposia of international relevance took place: one organized by UNESCO, PhosAgro, and IUPAC, and the other sponsored by the Organisation for the Prohibition of Chemical Weapons (OPCW). With UNESCO support, new ideas arose from the application of Green Chemistry to restoration and cultural values conservation, while the pharmaceutical industry brought experiences and data on chemical reaction performed by using water in place of chemical solvents. With OPCW, Green Chemistry as a principle and a means to oppose military usage of chemical compounds was explored.

Three open roundtables gave the opportunity to the attendees to deepen some of the issues addressed by the participants. The first was dedicated to the industries. Indeed, the massive participation of industries and companies, both Italian and international, was one of the great success of the Conference. Industries and companies from different production sectors agreed on future industrial strategies proposed by IUPAC, considered a scientifically valid, independent, and trustworthy institution. As examples, Eni thoroughly explained Marghera hydrogenation plant technical aspects, Mapei showcased the usage of recycled materials in building industry, and Pirelli talked about innovative production coming from renewable materials. 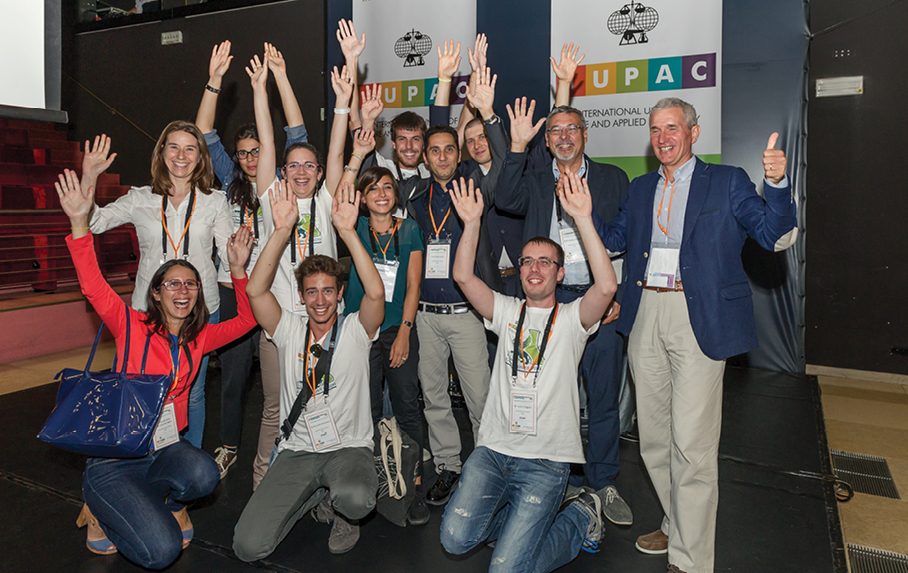 Hands-up for the success of ICGC-6 from the cheerful group of local organizers. 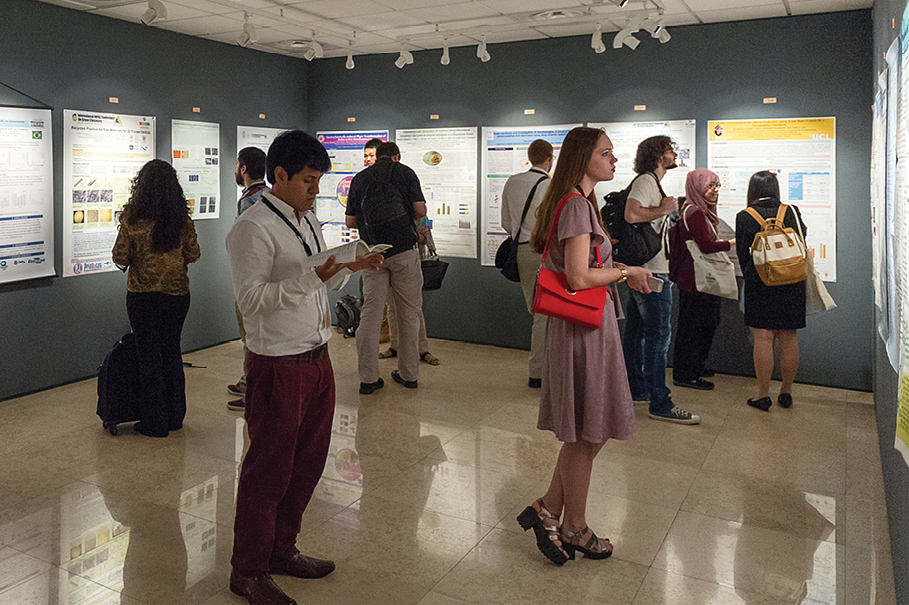 As the Conference Secretariat received many scientific proposals concerning the analysis, utilization, and exploitation of plants in Africa and India, the Conference Organizing Committee decided to organize a second roundtable to open a dialogue among people from these regions. In fact, considering the vastness of the African continent and of a country like India, it is often difficult for people in these geographical areas to meet.

The theme of the third roundtable was education. It took place after the education-dedicated session and was an interesting opportunity for comparison and for dialogue, as many young researchers, students, and representative of international organisations gave their opinion on the best way to teach, to learn, and to share knowledge.

The closing ceremony saw the contribution of Ali Maleki, who illustrated the project that allowed him to win the CHEMRAWN prize. The title of his oral presentation was “Green Reaction Media Protocols: From Solvent-Free to Catalysis State-of-the-Art”.

The awarding ceremony of the poster prizes also took place during the closing ceremony. The participants presented their poster contributions on Monday and on Tuesday. The poster sessions could be considered one of the greatest success of ICGC-6, for the originality and the high scientific value of the contributions, for the significant number of young people who shared their interesting researches with the other attendees, and for the interest demonstrated by the participants in the session.

The winners of the certificates were:

The winners of the publications were:

ICGC-6 was not only a great scientific event, it was also a place and time dedicated to social gathering and networking. A boat trip around the Venice lagoon was organized. On board a big motor ship, attendees saw the city of Venice from the Giudecca Canal, visiting Burano and Torcello, and were rewarded with a panoramic view of the Venetian Arsenal. The Organizing Committee also chose an exclusive location for the conference Gala Dinner, which was hosted by Ca’ Vendramin Calergi and held at the Venice Casino, an historical building on the Grand Canal, a great example of renaissance style, and Wagner’s last dwelling place. The dinner was accompanied by live classical music.

The Organizing Committee’s expectations were met. During several sessions, issues of national relevance were discussed. New challenges in different sectors were also undertaken: restoration and cultural values conservation, chemical weapons prohibition, innovative pharmaceutical production processes, and environmental protection. The chemical industry, moving from the image of a “Twentieth Century Monster,” responsible for development, but also environmental and health issues for mankind, is becoming the leader of sustainable development through decades of day-by-day research in thousands of universities and laboratories, looked at as a new hope for populations around the world. The next editions of the International Conference on Green Chemistry will be held in Moscow, Russia, 2-5 October 2017 (http://greeniupac2017.muctr.ru) and in Bangkok, Thailand, in September 2018.

For more pictures from Venice and the full conference program, see