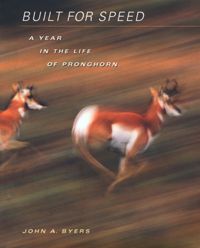 A Year in the Life of Pronghorn