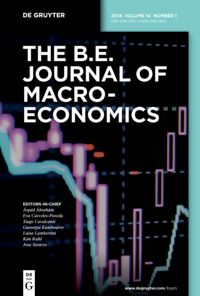 The B.E. Journal of Macroeconomics