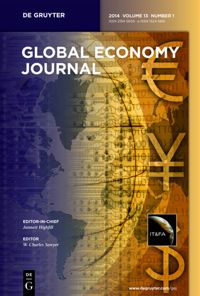 The Official Publication of the International Trade and Finance Association