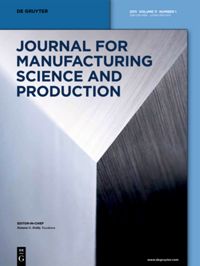 Journal for Manufacturing Science and Production