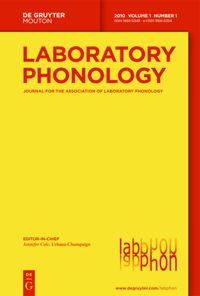 Journal of the Association for Laboratory Phonology