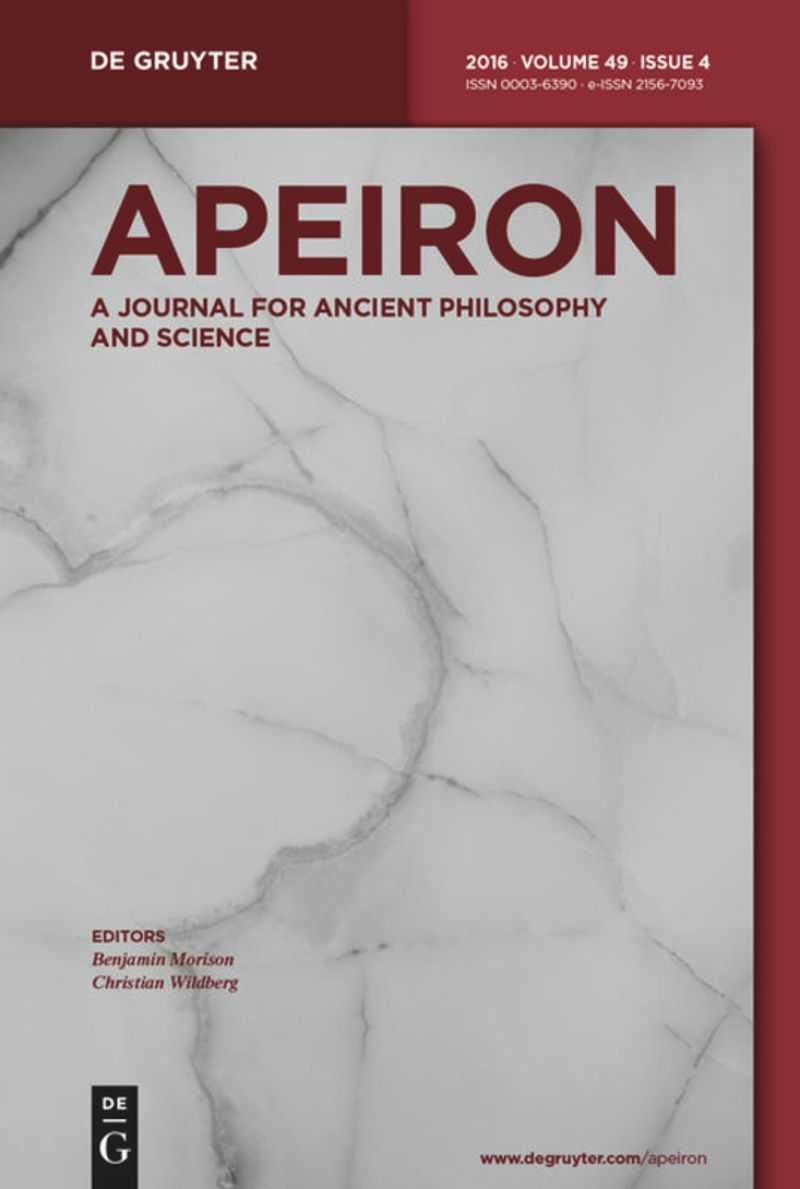 A Journal for Ancient Philosophy and Science