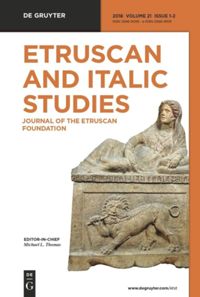 Journal of the Etruscan Foundation