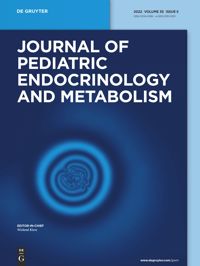 Journal of Pediatric Endocrinology and Metabolism