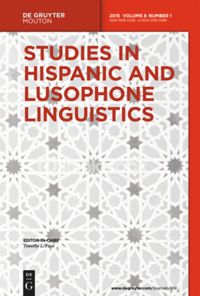 Studies in Hispanic and Lusophone Linguistics