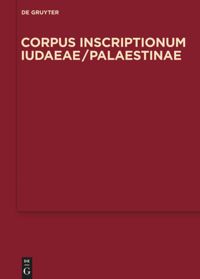 A multi-lingual corpus of the inscriptions from Alexander to Muhammad