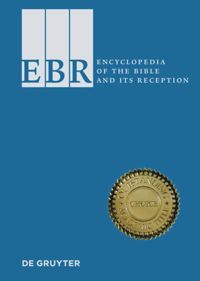 Encyclopedia of the Bible and Its Reception (EBR)