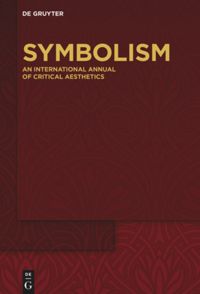 An International Annual of Critical Aesthetics