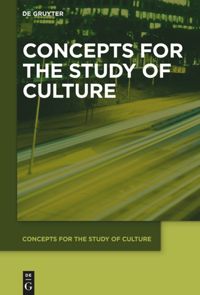 Concepts for the Study of Culture (CSC)